In the Bigeye catalog, you can see when your sources, schemas, and tables have last been modified. This helps you trace and track schema changes that may have impacted downstream tables or BI reports. 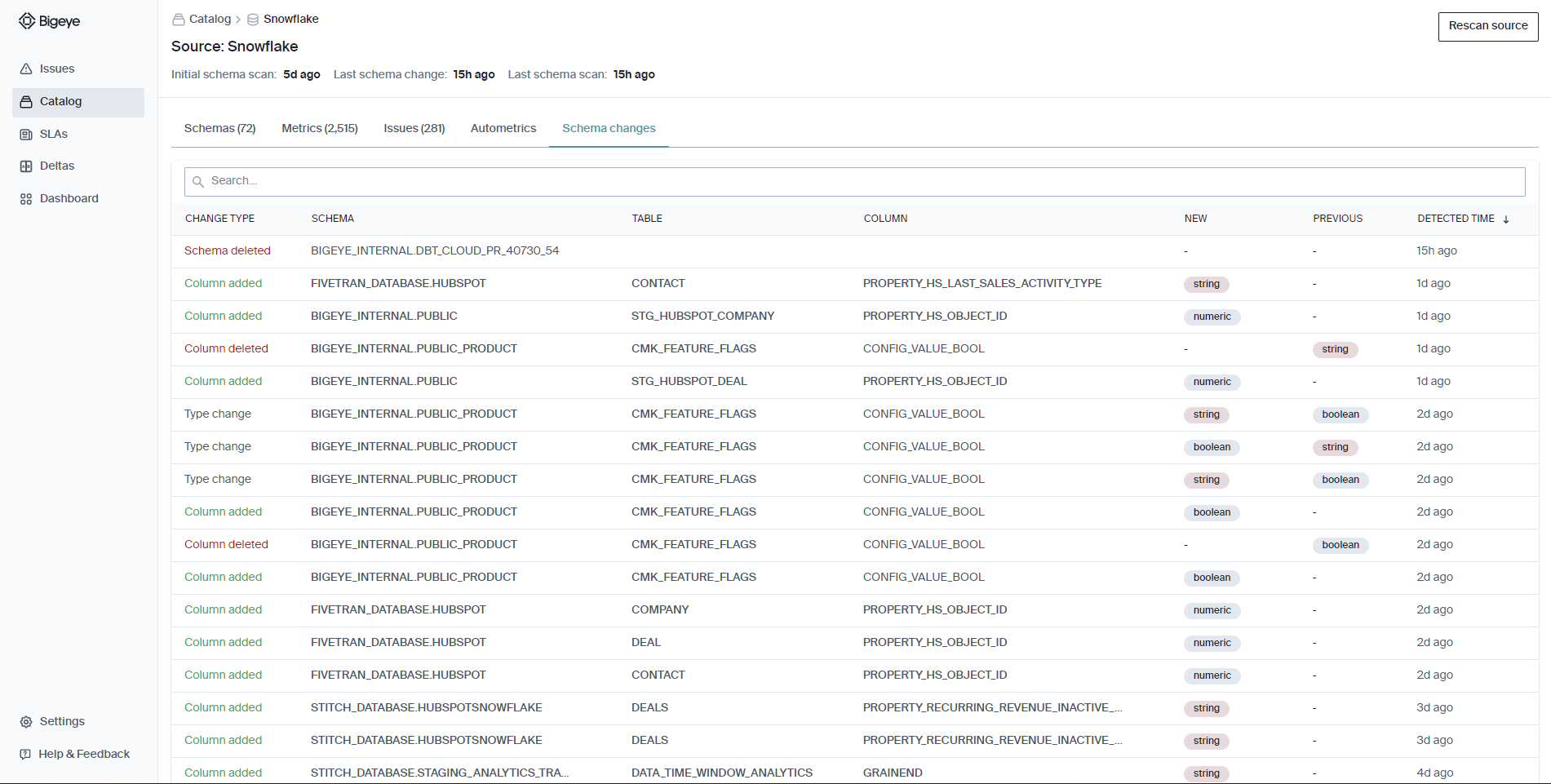 Any column adds, removes, or type changes will have the new and previous types listed. 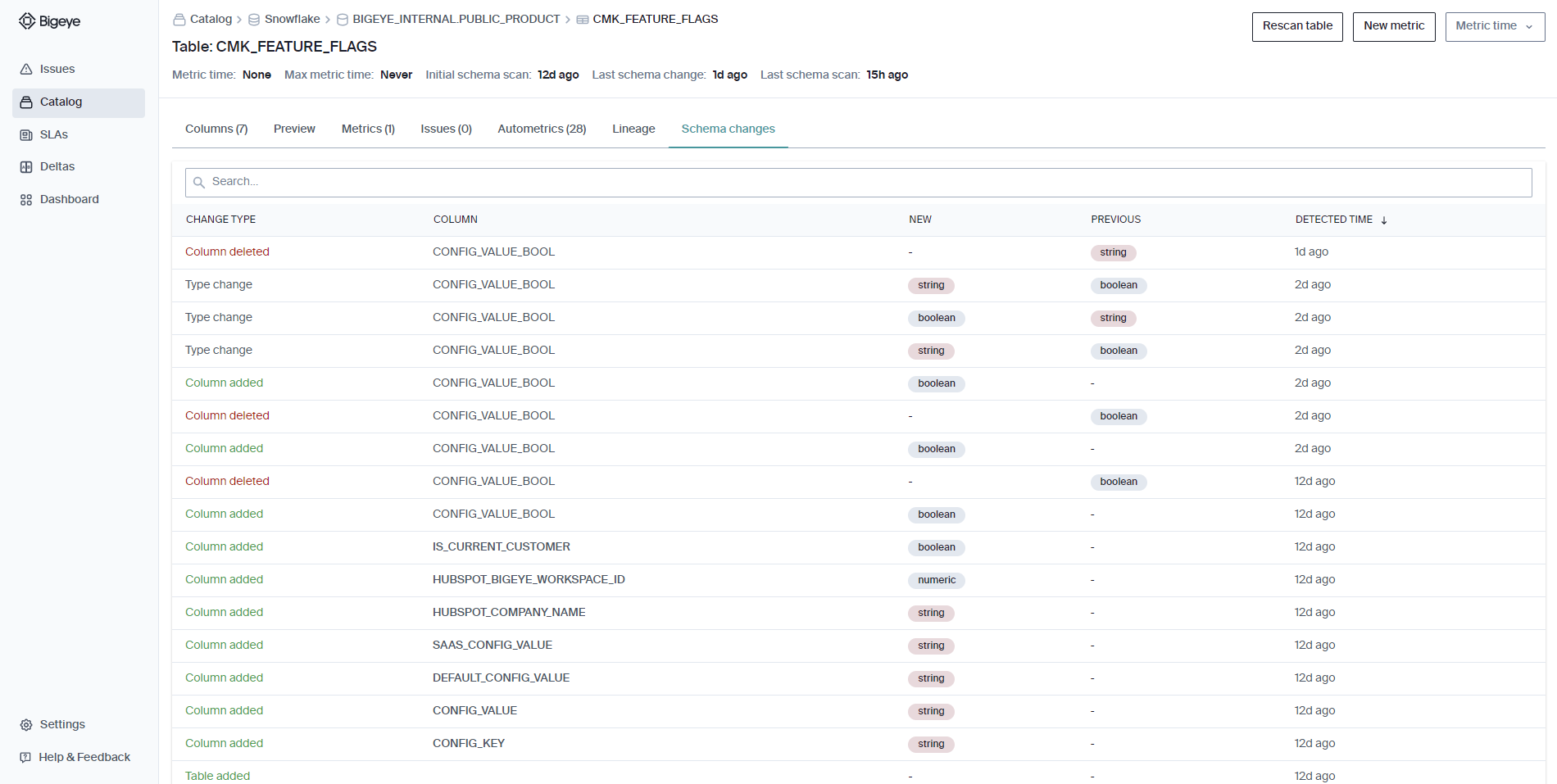 When a column delete is detected, any associated metrics and their histories are dropped.

When a column type change is detected, existing metrics and their histories remain. The metrics that are no longer applicable will fail on their next run attempts.

The only type changes captured are fundamental type changes such as boolean to string or string to numeric. Bigeye does not capture differences in precision. For example, a varchar(20) altered to varchar(50) will not be presented as a schema change in Bigeye.